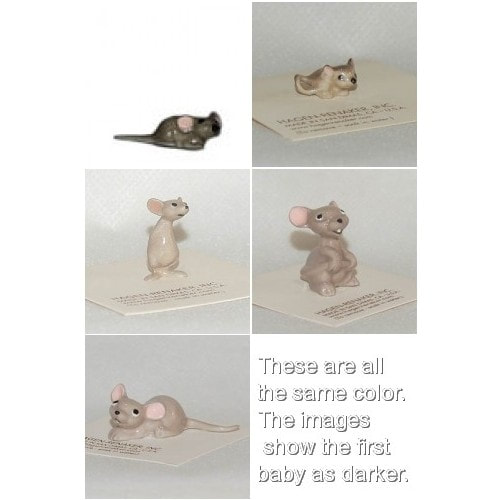 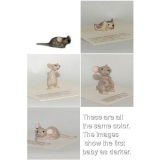 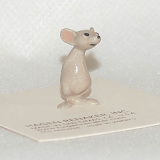 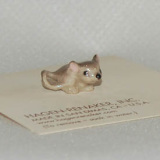 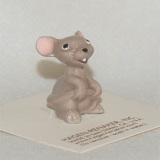 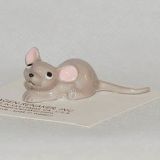 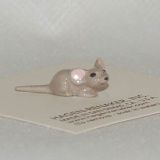 Set of 5.John and Maxine Renaker started Hagen-Renaker in their garage in Culver City in the latter part of 1945. John Renaker set up the first kiln by running a garden hose from the family's gas stove. Maxine Renaker was the first designer and salesperson. After successfully selling their first pieces, they found they could not produce them. John Renaker's Mom, Moss Renaker, worked for a pottery in Monrovia called Walker Potteries. Her boss, Joe Walker, agreed to teach John about the pottery business. Maxine's Dad, Ole Hagen, agreed to build the young couple their first factory. Ole who was a carpenter by trade, went to Oregon to get a load of lumber at wholesale cost, and he and his brother, Arne worked every weekend for months to build a combination factory and apartment. In gratitude, John and Maxine named their new company Hagen-Renaker. On Easter Sunday, 1946, the family and their fledgling company moved to Monrovia. The company first produced elaborately decorated plates and butter pats and shadow boxes. They were selling well, but there were difficulties with them related to firing and shipping. John Renaker noticed a small duck that Maxine had on her work bench. She was a Camp Fire Girl leader, and she had designed it for the kids. He saw potential in it and put it on the bottom of the company's order sheet. When he saw how it sold, he decided to change direction and produce small figurines. Very soon they had transformed Helen Perrin from a decorator into a designer, and she was joined by others. John and Maxine were able to recognize artistic excellence and based their business on these talented designers. This tradition and continues it today. Maureen Love Calvert and Helen Perrin Farnlund are still providing a majority of the new items to the line and have been joined by Bob McGuinness and Kathleen Ellis. (*This text is from the official Hagen-Renaker website.)